What I am really trying to do is bring birth to clarity, which is really a half-assedly thought-out pictorial semi-vision thing. I would see the jiggle-jiggle or the wiggle of the path. Even now when I talk about the influence functional, I see the coupling and I take this turn—like as if there was a big bag of stuff and try to collect it away and to push it. It’s all visual. It’s hard to explain. […]

When I start describing the magnetic field moving through space, I speak of the E- and B- fields and wave my arms and you may imagine that I can see them. I’ll tell you what I see. I see some kind of vague, shadowy, wiggling lines… and perhaps some of the lines have arrows on them—an arrow here or there which disappears when I look too closely… I have a terrible confusion between the symbols I use to describe objects and the objects themselves. 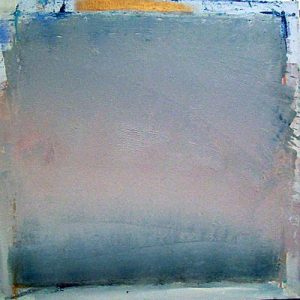 An important feature in nearly all of Majka Kwiatowska’s mature work is the painted frame that delimits an inner space in which moody, ominous atmospheric masses seem to be forever waging uncertain battles. This vaporous haze is more or less effectively bound within solid, straight-edged lines of pure colour that sometimes decay into slashes and freely gestural accentuations : brutality becomes concentrated on the represented limes, under acute pressure from both the physical frame of the picture (it’s limit in the world of tangible objects) and the many-voiced vibration of the central colour field: out of the deep, a vague luminosity emanates, bloodless, persistant, eerily energetic…

Is something being represented here? Some inner landscape? Some alien world deserted by analogical figures? Are these Turners, minus the trains? Or are the colours and the shapes, the rythms and the symmetries, the densities and the fluidities simply displaying the passive, wordless mystery of their immanence? Chromatic variations shimmer and dampen in turn : blue fades into green and grey gives birth to cream, following the shifting, tidal equilibrium that dominates these paintings. Modes are explored, tonalities conjured… They breathe their wounded, oceanic breath as underlying light washes into the rippled softness within. But what is this weightlessly ethereal substance? And whence does the insinuating radiance emanate, which can find its way through the gently cascading occlusions—the siren songs, the sooty layers of depression?

Confronted with these brooding, meditative pieces, one can’t help but feel drawn in by the obscure forces that animate them: the viewer’s attention is absorbed by the exquisitely modulated vortexes, by the volutes of sentient mist that descend into the visible field. Witness the suspended motion, folded into the flatness of the plane; witness the swarming strands of colour, imprisoned by the harsh edgelines that separate the surface of pictorial representation from all other potential surfaces… Arrested in contemplation of these delineated panes of muted or surging or seeping frequencies, what one gradually understands is that they represent no coherent vista; they are not windows and can offer no perspective, because the inchoate world they reveal can only manifest itself as sedimentary nuances of pigmentation and opacity. They are paradoxical portals—thresholds to a primal nether-limbo of feeling experienced as colour and rythm : a wanton flood stirs within, bound by lines that prevent its unraveling into the void beyond the frame.

Something has been lost; something is missing. Chaotic signals have been mistaken for beacons, and now, a hushed longing radiates out of these abysses of trapped colour, intangibly dissipating the secret, knotted heart of their intensity… This energy charges the room where one stands facing the ghostly manifestations of its presence, churning on the canvas. One experiences Majka Kwiatowska’s etiolated shades of blue and pink and grey not through saturation, but rather, by means of a slow process of infusion whereby the gazer is momentarily lost in a world of nocturnal echos, rosy-fingered silence and formless melancholy—out of the cradle, endlessly rocking… In the end, Majka Kwiatowska’s pulse, her voice, her freedom—all of her compelling primeval intimations—prevail through a kind of vague dispertion, a benign contamination. 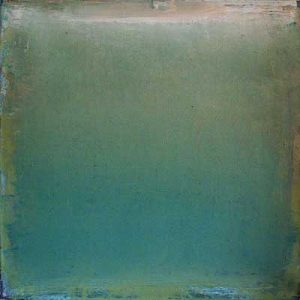 This website uses cookies to improve your experience while you navigate through the website. Out of these, the cookies that are categorized as necessary are stored on your browser as they are essential for the working of basic functionalities of the website. We also use third-party cookies that help us analyze and understand how you use this website. These cookies will be stored in your browser only with your consent. You also have the option to opt-out of these cookies. But opting out of some of these cookies may affect your browsing experience.
Necessary Always Enabled
Necessary cookies are absolutely essential for the website to function properly. This category only includes cookies that ensures basic functionalities and security features of the website. These cookies do not store any personal information.
Non-necessary
Any cookies that may not be particularly necessary for the website to function and is used specifically to collect user personal data via analytics, ads, other embedded contents are termed as non-necessary cookies. It is mandatory to procure user consent prior to running these cookies on your website.
SAVE & ACCEPT
Scroll Up